ALAN MIXER is a flexible system to manage the handling, storage and mixing of feathers, down feathers and/or synthetic fibres before these are used in a filling system. The ALAN MIXER machine, used as an additional storage box, is composed of a metal tank with a rotor shaft fitted with blades as well as a contrasting wooden cabin. The material is conveyed from the external load tank to the internal tank, by means of a suction unit incorporated into the machine structure. In case it is used also as a mixing system, ALAN MIXER is fitted with a weighting system to control the amount of material to be mixed: the weighting system is available in various configurations in order to fulfil the varying demands of the existing production systems. 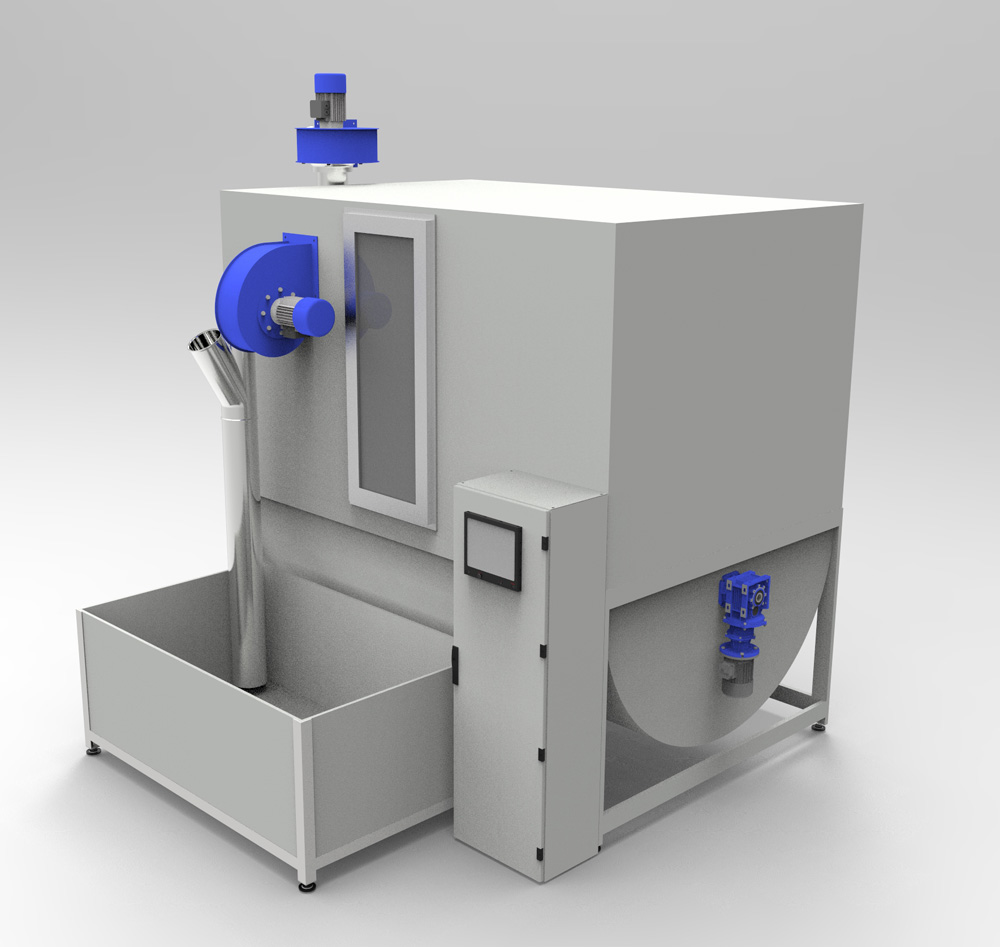