The Borsoi preview at ITMA 2019 - From bale to Box 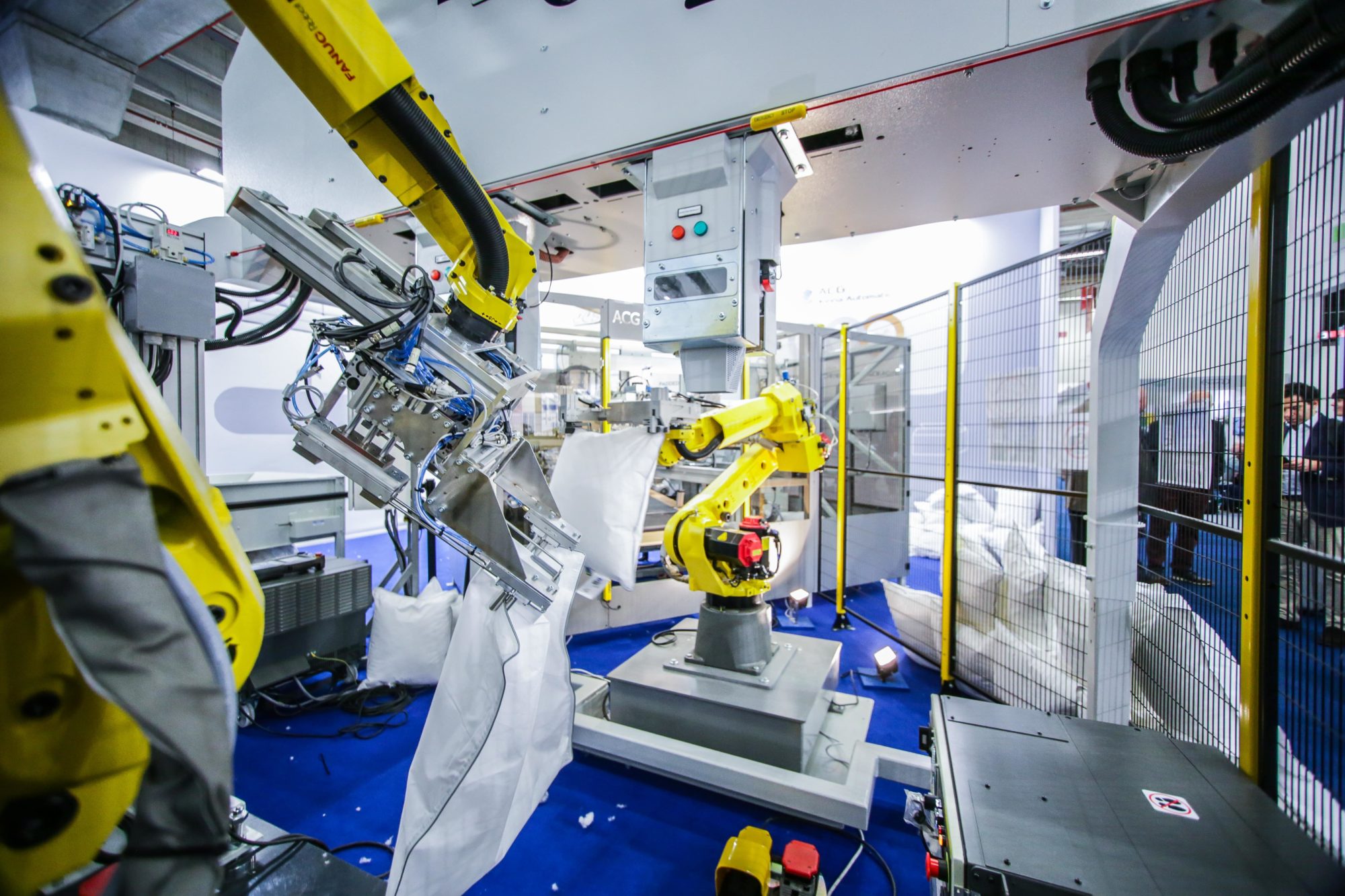 At the ITMA 2019 Borsoi will present an absolute preview for the textile sector: the first fully automated pillow production line, from the preparation of the filling material to the final packaging, a new line concept called “from Bale to Box” as an evolution of what was proposed at Heimtextil 2019.

Discover the technical details in the article and ask to reserve an appointment to receive all the information during the live demonstration at ITMA 2019 by contacting us at marco@borsoi.eu.

“from Bale to Box” completes development

No operator involved (except for material feeding operations), automation and robotization for total control of all production phases, these are the results achieved by the innovative textile production line “from Bale to Box”, which at ITMA 2019 achieves total coverage of the production cycle.

For the first time Borsoi Srl has added to the robotic line (presented at Heimtextil 2019) the two final steps, concerning the packaging phase and the end of the line. The latter is the carton box forming system, which produces the complete product to be used for logistics.

Borsoi continues the innovation in the textile sector by equipping the “from Bale to Box” system (from raw material to packaging box) with machines that replace the operator in probative and repetitive tasks, i.e. the creation of the bag from the film roll, the insertion of the produced cushion, the closing, and the final part of stacking and boxing of the newly made packages (carton box forming).

ITMA 2019 is the venue to receive the technical details directly by Borsoi, with the focus on the last production phases: packaging and carton box forming for logistics.

Let’s see in detail in the next paragraph what other phases of the “from Bale to Box” system have been added. 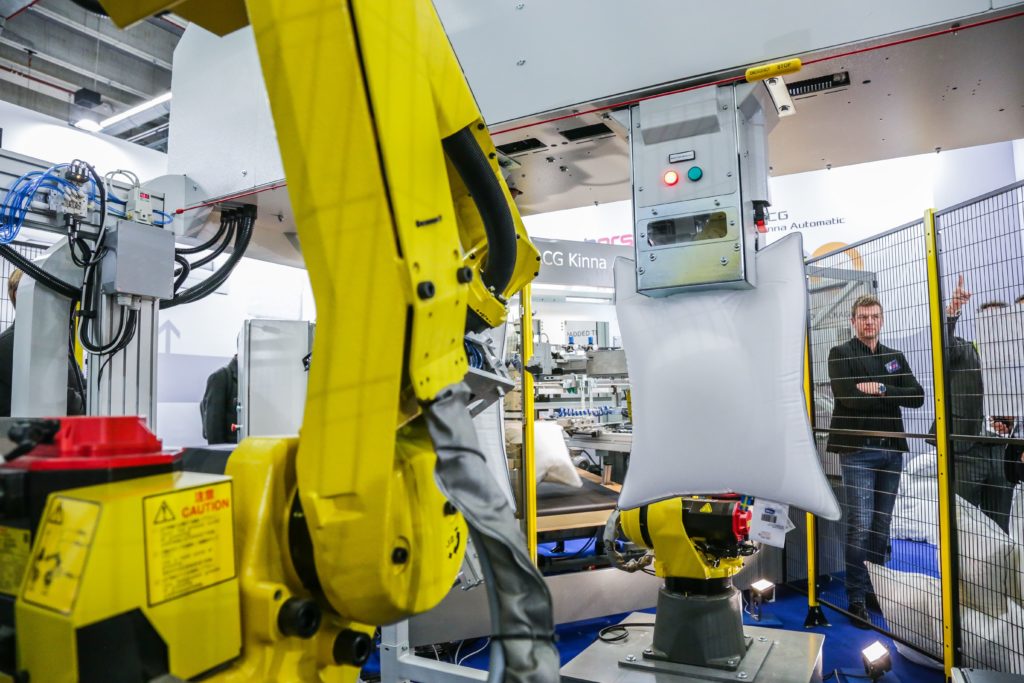 All phases of the complete cycle “from Bale to Box”.

Fibre opening phase: the system that prepares the polyester fibre for the subsequent processing phases.

Pre-weighing and automated filling phase with robotic cell composed of two robotic arms. The first robot peels off the empty shell from a pile and directs the insertion on the injection unit (filling). The second robot takes the filled pillow and takes it to the next stage of pillow closing.

New packaging system: forms the wrapper from a roll of film, inserts the cushion and closes it.

New stacking and closing system: creates the stack of pillows previously packed and inserts it into the carton box.

“from Bale to Box” – the project partnership

The new production line “from Bale to Box” is the result of the collaboration of three international partners. In addition to Borsoi, a company that has been active in the textile sector since 1985, the project includes the participation of ACG Kinna Automatic, a Swedish company specialised in automation for textiles that has been active since 1977, and CCS – Card Clothing and Services, a leading US company in the design of production lines for carding.

The partnership boasts the primacy of the creation of new generation production lines for the textile sector, applying the philosophy of Open Innovation to its projects, i.e. the ability to design and develop innovative solutions based on the principles of Industry 4.0 for always different application fields. 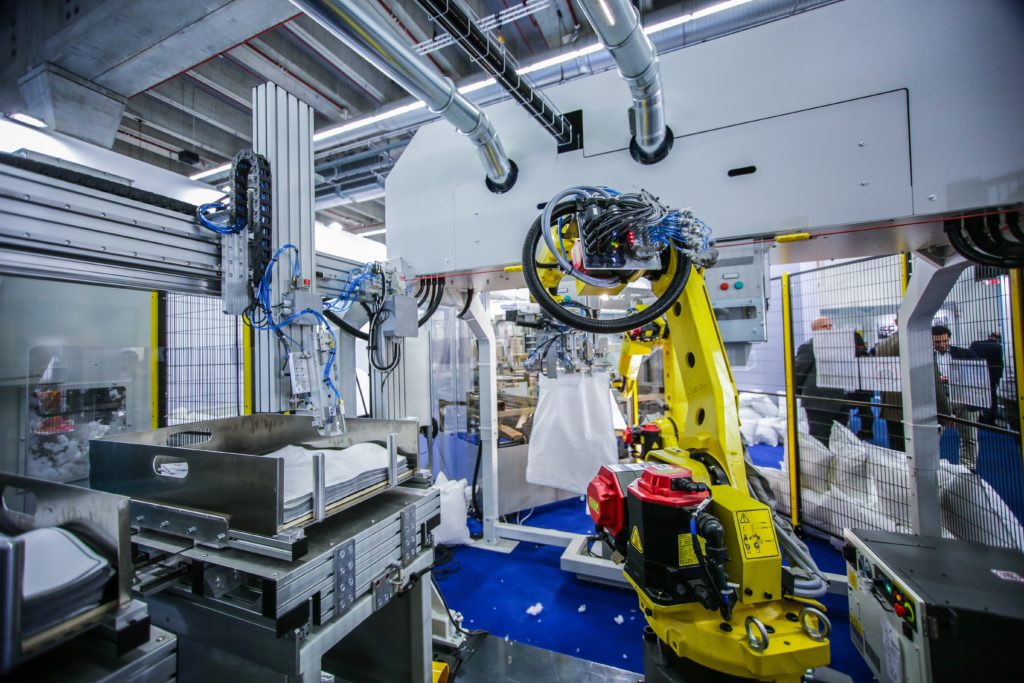 Cookies
On the website “www.borsoi.eu” owned by BORSOI SRL (hereinafter “company”), only technical cookies are used. These are strictly required to allow:
• browsing and using the website (e.g. allowing to make a purchase or logging into restricted areas, “web surfing or session cookies”);
• collecting information, in aggregate form, about the number of the users and how they visit the website (“analytics cookies”);
• browsing depending on a series of selected criteria (e.g. the language, the goods selected for purchase, “functional cookies”) to improve the service to the user.

When you visit any web site, it may store or retrieve information on your browser, mostly in the form of cookies. Control your personal Cookie Services here.